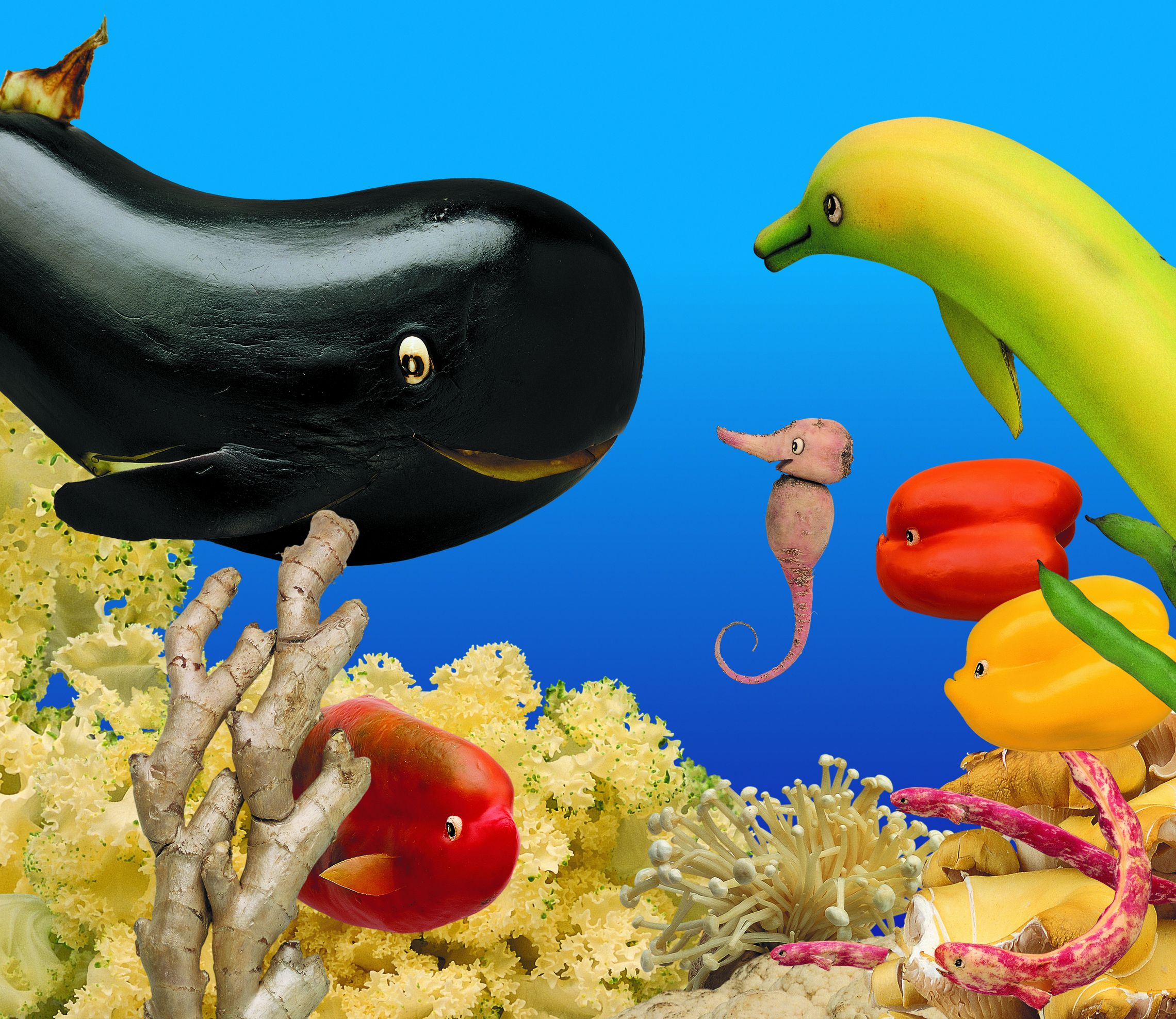 Between 1970 and 2012, there has been an approximate 52% global decline in marine vertebrate fish, mammals, birds, reptiles, and amphibians.1 While a major cause is overexploitation of fish and other eatable wildlife, other causes include: 1) loss of critical habitat such as seagrass, wetlands, mangrove wetlands, and coral reefs; 2) overdevelopment of coastlines; 3) climate change (causing acidification of oceans and warmer water temperatures); and 4) pollution from vast quantities of chemicals and plastics.

This last cause in particular not only affects the quantity of eatable fish available to people, but the safe consumption of it. Heavy metals like mercury, as well as Persistent Organic Pollutants (POPs) such as organochlorine pesticides, PCBs and other dioxins, PBDE flame retardants, and PFC Teflon™-like coating chemicals, are sequestered in the flesh and body fat of the fish humans consume.

Due to declines in wild-caught fish availability, the world has adopted aquaculture to fill the demand.

A considerable percentage of fish and sea creatures captured for human food are not wild. In 2017, about half (46%) of the world’s fish protein came from “farms” where fish are intentionally raised in pens, tanks, ponds, or other methods of capture.2 This growing technique is particularly focused on certain types of fish. Worldwide, seafood from aquaculture in 2016 produced: 78% of salmon; 94% of carp; 88% of catfish; 99.7% of sturgeons; 61% of shrimp; 91% of clams, and 97% of oysters.3

Environmental effects from farmed fish are considerably more complicated than wild-caught fish. As well as their effect on sustainability of the catch, there is considerably more potential to contaminate food.

• Fish Feed That is Unsustainable or Environmentally Questionable – Some species raised on farms are predator species that eat other fish. They are fed with fishmeal or fish oil derived from other fish that are not sustainably harvested. Farmed fish are also often fed grain crops, some of which can be genetically engineered. And they can be fed too much, so that the amount of feed compared to the amount of eatable fish food is quite high.

• Chemicals – Many farmed fish are raised in a manner similar to Confined Animal Feeding Operations on land, with many of the attendant problems. Fish and other sea creatures are crowded in netted pens near the shoreline or in enclosed ponds or tanks. Adequate flushing or treatment of animal waste and uneaten food is often lacking, leading to treatment with antibiotics, antimicrobials, and pesticides. Growth hormones are also employed.

And like wild-caught fish, farmed fish can also sequester Persistent Organic Compounds (POPs) and mercury in their bodies due to their consumption of fish-based food, exposure to water contaminants, and in some cases, dwelling deep in the water body near contaminated sediments.

However, in farmed fish, the potential for contamination is much higher, as they generally sequester many more toxins in their bodies. A study comparing dioxin concentrations in different kinds of salmon revealed that the most contaminated farmed salmon (raised in Europe) was at least 16 times more toxic than Pacific wild salmon. A similar analysis showed farmed salmon contained 16 times the level of the dioxin PCB found in wild salmon, 4 times the level found in beef, and 3.4 times the level found in other seafood.4

• Sewage – Just like land-based livestock operations, fish farms can collect a huge amount of manure. A farm of 200,000 fish can produce as much sewage as a city of 60,000 people. If this waste is not properly flushed, it can cause disease to the fish, and indirectly affect the health of the people that eat them by requiring chemical treatment that consumers will be exposed to. Further, if the waste is not properly treated or disposed of, it can harm the greater environment.

• Harm to Habitat from Farm Site – If the farm is located near wetlands and mangroves, it can cause loss of environmentally sensitive habitat.

• Escape of Farmed Fish – Escape of a certain number of farmed fish from their pens and ponds into open waters is a tolerated business loss, but often with adverse environmental side effects. Some of these fish are literally native to other continents from where they are raised, and when they escape, they can sometimes become invasive species to their new environment. They can displace native species, cause habitat disruption, spread disease, and upset breeding cycles.

In the case of farmed salmon, for example, Atlantic salmon are often raised on the Pacific coast. If they escape, they might challenge the habitat of native salmon. And if local salmon breed with them, their offspring will be sterile.

Along with escaped farmed fish are the escaped diseases and parasites that these escaped fish carry, possibly wreaking havoc when introduced to a new ecosystem that has not adapted to them.

• Genetically Engineered (GE) Feed and Fish – Aquaculture is using GE feed grains, which have been shown to increase cancer, as well as kidney and liver disease, in test animals. Many GE grains are bred for their resistance to certain herbicides, which not only increases chemicals used in agriculture, but eventually encourages “super weeds” that develop resistance to these herbicides.

However, an even larger concern is GE fish. In March 2019, the U.S. Food and Drug Administration approved the first commercial GE fish for domestic production and human consumption. Christened “AquaBounty,” this new breed of salmon employs genes from other fish that allow these salmon to grow to full commercial weight in 16 to 18 months, while typical farmed salmon take 32 to 36 months. The new salmon not only saves time, but consumes 25 to 33% less feed. It is probable that this new fish will be marketed in small quantities by 2021.

Environmentalists fear the fish will escape into the wild, where they can displace natural salmon. The creators of this fish have argued that the animals will be raised in virtually escape-proof conditions, and will be sterile females that cannot breed if they do somehow breach captivity. However, the sterility is not foolproof, as salmon have actually been observed to change sex under certain conditions. And many foreign countries where these salmon might be raised in the future have a history of lax enforcement, or no enforcement, of environmental regulations.

• Source of Breeding Fish – If wild-caught fish eggs or hatchlings are used as the source of new farmed fish populations, this will deplete the wild-caught population.

• Protection of Local Wildlife – Birds, mammals, and other fish may consider farmed fish as part of their diet and attempt to eat them. Fish farmers will sometimes resort to other measures besides exclusion to protect their animals, including execution of local predators.

The quality control system for food safety in the U.S. is far from perfect. However, it is worth noting that 90% of fish consumed by U.S. consumers are imported. Many foreign countries have aquaculture operations that are far more questionable than domestic fish-farm practices.

Rating Fish for Safety and Sustainability

Consumers who want to screen for safety and sustainability have several guides and certification ratings to assist them.

Marine Stewardship Council (MSC) – MSC awards its label to wild-caught fish certified with multifaceted standards for: sustainable harvest of the marine life; fewer ecosystem impacts; and effective management of fisheries. Though the label does not judge food contaminants, wild-caught fish are free of antibiotics, antimicrobials, hormones, pesticides, and GMO feed. Key to its certification is MSC’s ability to trace the seafood from the point-of-catch to the point-of-sale (“bait to plate”).

Environmental Working Group – Unfortunately, there is no way for MSC to prevent contamination of wild-caught fish with mercury or POPs. The best thing that seafood eaters can do is to limit mercury intake (depending on the amount of mercury a particular sea creature is likely to absorb). This kind of “seafood quota” would allow most common seafoods to be eaten at least 3 times a week by healthy adults. However, tuna and flatfish (e.g., flounder) generally contain more mercury and would have to be more limited for children and teenagers. Orange roughy, shark, and swordfish are so contaminated with mercury that people of all ages are advised to avoid them.

An online calculator for mercury quotas is discussed in the Sidebar on Food Rating Information.

Seafood Watch – The Monterey (CA) Aquarium Seafood Watch has a comprehensive evaluation of all major types of eatable fish. They are rated green, yellow, or red, depending on a number of factors, including: 1) The species of fish; 2) farmed or wild-caught; 3) if farmed, the type of enclosure; 4) if wild-caught, the capture method; 5) the country or region or origin; and 6) the environmental record of specific countries.

Though there are exceptions for these general ratings, the list below is provided here as a benefit to the readers.

Farmed Fish Ratings – There are at least 3 certification organizations that rate specific fish farms based on the criteria previously described for safety and sustainability. Their logos identify various certified products at retail locations.

Which one is best? Seafood Watch conducted model evaluations for several kinds of fish based on the different criteria previously described.

The chart below shows the composite score of 10 indicators, and the Chemical criteria score alone, since it is the one most important for human consumption.5 This was averaged for 4 farmed fish species that could be compared: catfish, mussels, shrimp, and tilapia. 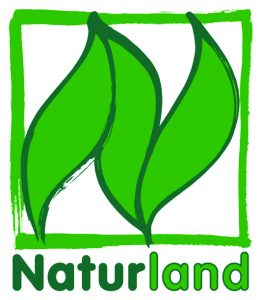 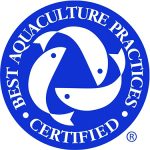 Naturland ratings were the best for the overall composite and chemical score, where 1 is the worst score and 10 is the best. Note that every species and fish farm will be different, and hopefully ratings will improve over time. 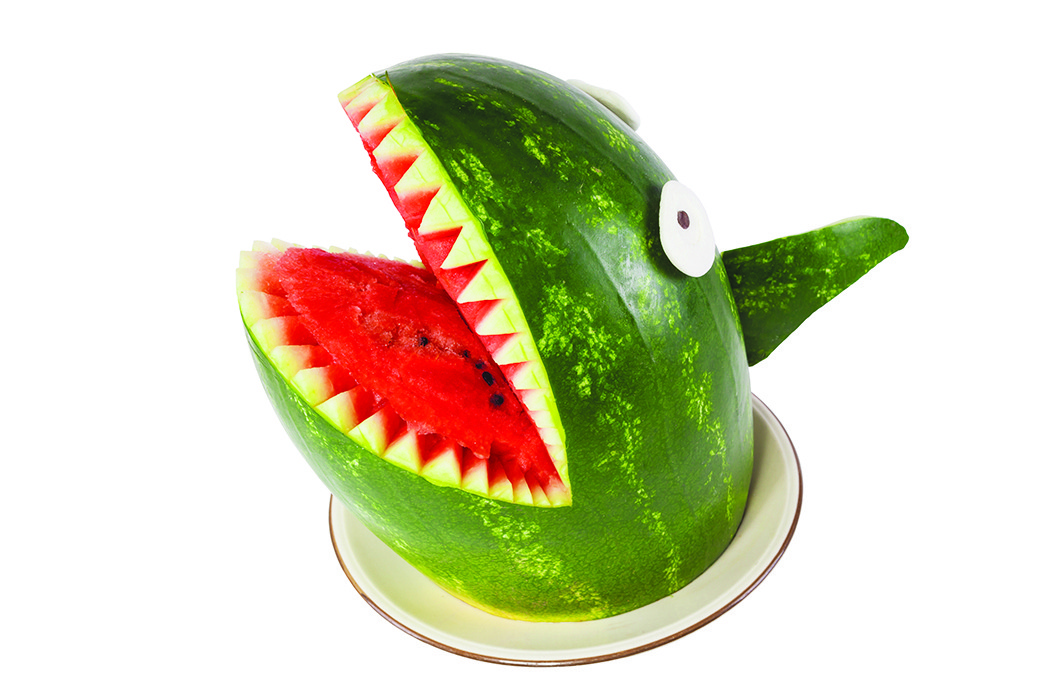 Environmental Working Group’s Seafood Calculator
ewg.org/research/ewgs-good-seafood-guide
General guide to the best fish to eat based on a person’s individual body weight, age, and sex. It estimates how many weekly servings a person can eat based on average mercury content, and also rates on species sustainability, and nutritional content of beneficial Omega-3 fatty acids.

Monterey Seafood Watch Seafood Search
seafoodwatch.org/seafood-recommendations
Generic ratings for seafood based on sustainability and quality. While this resource goes into great detail over each kind of seafood, a concise shopping list can be downloaded at this Web site.